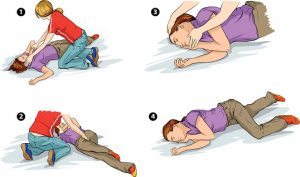 Epilepsy and Types of Seizures

Epilepsy: Disruption of the electrical activity of the nerve cells and failure of proper communication between the nerve cells (abnormal brain activity) causes a neurological disorder known as epilepsy. Seizures resulting due to this abnormality can affect the behaviour and the manner in which the affected person sees things around him. A person with epilepsy experiences unusual behaviour, sensation and loss of awareness. Seizures are of different types: general, local, and complex.

What are the different types of seizures?

Epilepsy or seizures are classified into two major types:

Generalized: In this type, seizures are caused due to diffused abnormal electrical activity spread throughout the brain completely.

Focal (Partial or localized): In this type, seizures are caused due to electrical impulses generated from a small or localized area of the brain (focus or partial)

Symptoms of a generalized tonic-clonic seizure

The body of the patient stiffens (muscles exhibit rigidity and stiffness). Stiffness is generalized and the phase of the seizure is known as tonic. The next phase is atonic – wherein the patient loses elastic tension of the muscles (tone) in the arms and the legs and then suddenly falls.

Next, the patient enters into the next phase…

A clonic phase of the seizure: The body of the patient jerks and onlookers can see the movements as violent jerkings.

Repetitive, rhythmic jerking movements that involve both sides of the body at the same time. After this phase, the patient enters into postictal or after-seizure phase – which is characterised by deep sleep.

During this phase, there is a risk of injury, falls, tongue biting and urinary incontinence.

Absence seizures: These are somewhat tricky to understand. Patients themselves are unaware that they are having seizures though they may have a feeling of losing time.

Absence seizures begin and ends suddenly and occurs many times in a day. Patients briefly lose consciousness for a few seconds with a few or no symptoms. An individual who experiences this type of seizures seems to have lost somewhere as they suddenly stop the activity they are doing and stare blankly.

Symptoms affecting sensory functions – unusual sensations of smell, taste, hearing, vision or touch. This may be due to the involvement of any of the five sensory nerves. Aura is a term used to describe sensory symptoms.

Autonomic symptoms: The symptoms most often involve an unusual sensation in the stomach. It is known as gastric uprising.

Psychological symptoms: These include unusual pleasure, fear, phobias, and other emotions and psychological phenomena.

Complex partial seizures are characterized by the following symptoms: impaired awareness. The patient seems to be unaware of what is happening. Some patients stare into space. The other symptoms include purposeless and repetitive body movements, which are involuntary but coordinated. These symptoms are known as automatisms. For instance – hand movements, walking around, fidgeting (restless movement), chewing and lip-smacking.

Dr Sharma diligently handles intricate seizures and deals with all types of seizures with immense profoundness. His intricate diagnosing approach and expertness in handling such complex seizures make him the most sought-after neurologist – who specializes in the treatment of epilepsy.

Majority of the cases of epilepsy can be managed diligently with medications.

He has profound expertise in diagnosing and treating different types of seizures including general (absence seizures) and the focal seizures including simple and partial complex seizures; Dr. Vikram Sharma also treats tension headaches, migraines and other chronic headaches.

Common Conditions Leading to Back Pain

Back pain causes and treatment: Back pain may result if something disturbs…

Vitamin B12 – An Essential Vitamin for Your Brain and Nerves

E-Cigarettes – Are They Safe?

Don’t Get Paranoid – Consult A Doctor, It Might Be Schizophrenia