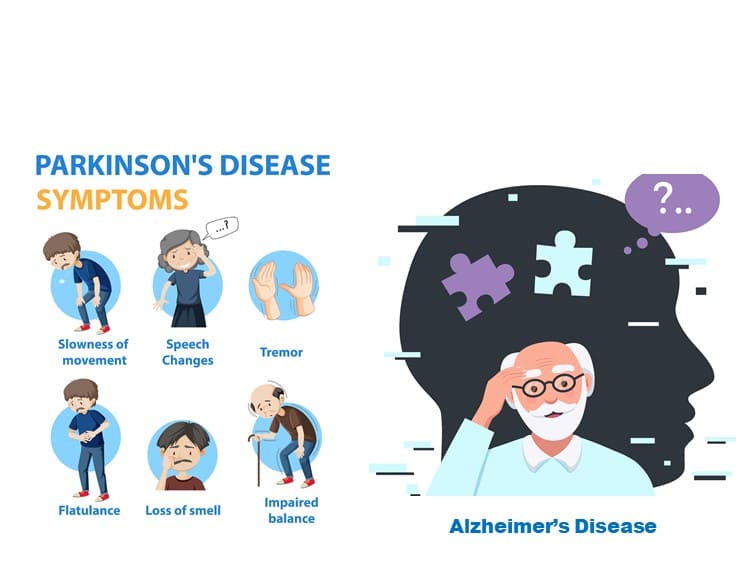 Parkinson’s vs Alzheimer’s disease: Both these diseases are neurological conditions. Brain damage alters the function of nerve cells, resulting in alterations in movement, cognition, and behavior. Memory loss, forgetfulness, and trouble thinking and handling day-to-day living are all possible side effects of both illnesses. Dementia is the term for a group of symptoms like these.

Alzheimer’s disease usually begins to manifest symptoms around the age of 65. Early-onset Alzheimer’s is a term used by healthcare experts to describe symptoms that appear before the age of 60. This is a rare occurrence.

The following medications have been approved for the treatment of Alzheimer’s disease:

Symptomatic medications, such as antidepressants or sedatives, may also be provided to ameliorate some of the disease’s consequences, such as depression or agitation.

Parkinson’s vs Alzheimer’s – Can you have both at a time?

Parkinson’s vs Alzheimer’s Disease: If an individual in your family has been identified with Parkinson’s disease or Alzheimer’s disease, it’s critical that you take advantage of all available management options, including follow-ups with your neurologist, physiotherapist, occupational therapist, and nutritionist. You must also focus on home care to achieve the greatest quality of life.