5 Conditions that Can Change your Personality 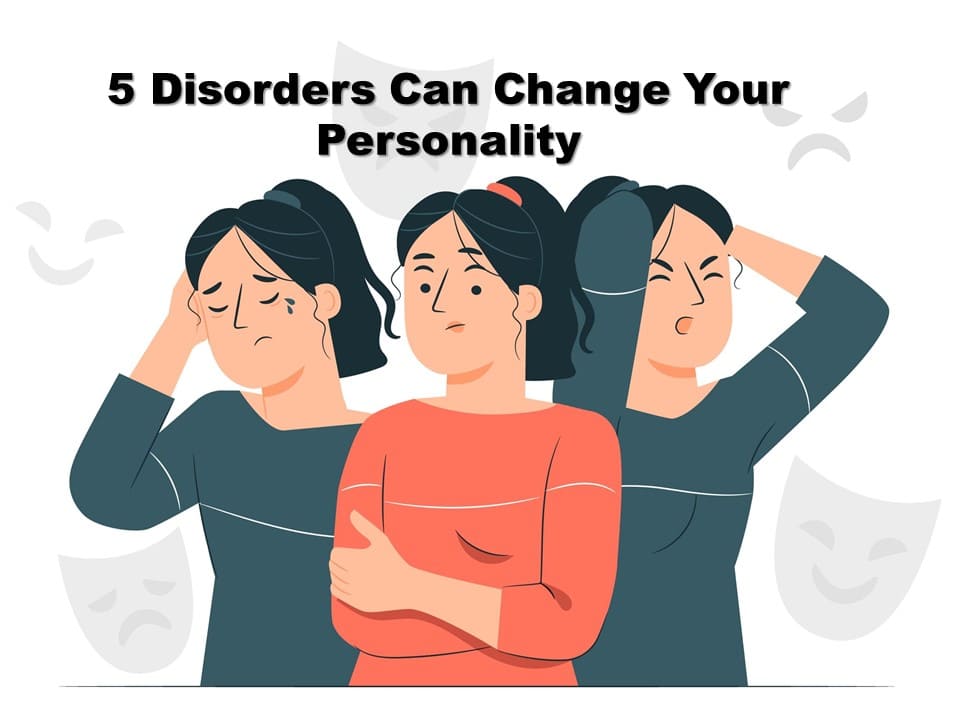 Disorders that Change Personality: A trait acquired over a period of time and that remains with a person is referred to as personality. Thoughts lead to actions; actions lead to habits; habits lead to character and character leads to personality. Personality is all about how you think, feel and act. The action is your reaction to the world around you. The personality that you have built over the years helps you to deal with the world around you. Though your moods might change and you learn how to deal with them, yet you have certain amount of you-ness in you. But, this unique trait of you could be at stake owing to some conditions. Let us have a look at those disorders that change personality.

You might have seen someone behaving abnormally after surviving a fatal fall or traumatic brain injury or any other severe accident or trauma. Sometimes the changes are not spontaneous, but may develop over a period of time – and, in some cases personality changes are subtle and are not quite comprehendible. However, in some survivors of fatal injuries and accidents, the personality changes are quite noticeable and apparent – which means the person may look altogether a different person.

Among the disorders that change personality, stroke is the one. It can dramatically change the personality of a person. Lots depend on the parts of the brain that have been affected by stroke and also on the duration of the stroke and part of the body affected. Following a stroke, if a person becomes disabled and unable to move some parts of the body, such as hands or legs or both, then he or she might become anxious, nervous and less confident than before. The person may become irritable, impulsive with severe mood changes and can lose his or her temper easily. This is how personality changes after being affected by a stroke.

Alzheimer’s disease can change your personality – yes, it is true. Though the disease is known to affect memory, judgment, thinking and decision-making ability, it can also affect the way you think and act. The person with this condition remains confused and can easily be annoyed. The though process, habits and actions can change and may lead to personality changes; for instance, a sober and easygoing person may become choosy, demanding and bossy – and, sometimes, opposite may happen; like a worrisome and stressful person may become peaceful, less anxious, contented and easygoing.

This type of disorder is often abbreviated as OCD by psychiatrists. The person suffering from this type of condition has a constant feeling of worry, nervousness and anxiety – with repetitive urge to do some things prompted by thoughts regularly. As a result, the person does some acts over and over to fulfill that urge – and the next symptom is that the person doubts about himself a lot and is unable to finish a simple task quickly and takes longer time to finish that task. The person with this condition may feel anxious if someone criticizes him or her as the anxiety boosts up.

Depression can come at any age and interferes with every aspect of your life. Depression is a very severe mental illness that not only alters the mood but also affects a lot many things in your life, such as your sleep, memory, activities, critical thinking, cognitive and decision-making abilities. A depressed person always remains isolated and reacts abnormally with the world around him. The personality of a depressed person changes gradually as the person may become too sad, emotional, anxious, frustrated, irritated and angry.

Are You Aware of All Types of Epilepsy

Epilepsy can be of Different Types - Such as PseudoseizuresReflex Epilepsy, Seizures…

Tips for Instant Migraine Relief What is a migraine? A migraine is…

How to Treat Migraine Without Drugs

Migraine Treatment alternative Therapy: If you are wondering whether there is a…

What if you are finding it difficult to remember things? Could it…

SARS-CoV-2 mainly affects the respiratory system, but many research studies have shown…